Like United Airlines on days ending in ‘y’, I’m a little behind. It feels silly to be posting a year-in-review when we’ve clearly been in January for an age. January has a particular flavour to it, don’t you think? You can taste it in your mouth. It’s like December never happened.

Still. I like to look over these, afterwards. When the newness of January wears off and I’m just cold and cross, I like to remember that there is progression. This January is not the same as the last. We are not the same. And 2013 was a blinder.

woke up one day with an eighteen-month-old who could talk;

hit our five-year anniversary with a million flashbacks;

nearly peed in front of a Van Gogh in deliriously lovely Paris;

posted our dummies off to the Dummy Fairy, and considered posting Henry off to an orphanage thereafter;

fell indecently in love with the Hay Festival (again);

got Henry a new roommate and a new favourite person;

made Tim try on a giant fake pregnancy belly just to make ourselves laugh;

met Edward in a hurry at 3am, and loved every last bit of him;

saw some fancy houses and had some lovely days with my Mum and baby Teds;

bumped over cobbles in drizzly Edinburgh;

went on a date and invited Shakespeare;

celebrated the heck out of autumn;

had a cracking time selling poppies for Remembrance Day;

and spent Christmas frying turkeys and jumping off sand dunes in Alabama.

I tried hard to write honestly, this year, even if it was ugly. The intricacies of pregnancy, fiery toddlerhood, expanding motherhood, and all of the feelings that went along with it felt like earth shocks to me, a whole undiscovered country that at times I couldn’t fathom. It turned out that I wasn’t the only one. Thank goodness for blogging, and thank goodness for you.

There were milestones for Henry and me together: finding the seeds of independence, accepting him as a firecracker, trying positive discipline, letting him know his place. I wrote about writing: discovering words in India, kindness on Earth Day, and the recipe for blogging the real you. I tried really, really hard not to hate pregnancy style, packing a hospital bag, or dealing with third-trimester panic. In the scary newborn stage I tried reformation, giving up control, and on/off days. I finally admitted how I really feel about breastfeeding, and working mothers. I came up – again, and more than once – against post-partum body image. I wanted to be a single-tasker. I owned up to some pretty bizarre feelings about having two children (my favourite post of the year, this, because of the overwhelming ‘me too’s that came in response). And then there was the day I pretended to be Katniss Everdeen, formulated the Love Actually Theory of World Peace and got very, very angry about the princess in the tower.

2013, we salute you. You were a tsunami, but after the wave, there were flowers. 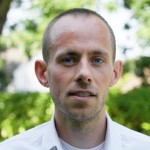 2 thoughts on “The year of the wave”

get new posts by email

instagramsPlease check your feed, the data was entered incorrectly.